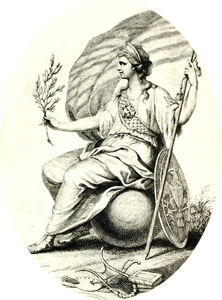 The Domestic Violence Clause in the U. S. Constitution

The Worldwatch Institute Report of 1987 aptly noted that we are the first generation in the history of the world to be “faced with decisions that will determine whether the earth our children inherit will be inhabitable.” Thirty-five years of modern environmental laws have not made us appreciably safer. Stronger measures must be taken to overcome the barriers to survival.

The concept of stronger measures to meet a crisis is best understood by our World War II experience. The United States was invaded by the Empire of Japan on December 7, 1941. The federal government became obliged “to protect” us “against invasion,” in accordance with Article IV, Section 4 of the U. S. Constitution. The economy was commandeered by the federal government to produce war materiel. Individuals were drafted to serve in the military. We could not have carried out a sustained war effort if producing tanks and soldiering were optional.

The environmental threat we are facing today is many times more dangerous than that posed by the Japanese Empire in 1941. Nations have invaded one another for thousands of years. Never before has Earth itself been so burdened that it may be uninhabitable for our children.

At present, there are two major political parties in the United States. Neither of them can carry out an initiative under the domestic violence clause. The Republicans mistrust government, abhor interference with the business community, and view personal liberties as sacrosanct. Three-quarters of the elected Democrats are indistinguishable from Republicans. Most of the rest will take whatever positions they think necessary to win the next election. Both political parties are married to the corporate and propertied interests.

Survival requires the people to form a new party to carry out the constitutional mandate of protecting us from environmental domestic violence. Forming an effective party is not difficult if the issue upon which it is based is sound. The Republican Party was created in the mid-eighteen hundreds by a small group of northerners who felt it was immoral to allow slavery into the territories.

Only by massing support for the use of Article IV, Section 4 power can we curtail all impediments to survival – all barriers to making sure that the Earth our children inherit will be inhabitable.

Abraham Lincoln addressed Congress in 1862 and proposed the emancipation of slaves as a necessary step toward peace during the Civil War. It was a bold step at the time, made necessary because, he said, “The dogmas of the past are inadequate to the stormy present… As our case is new, so must we think anew.” He closed his remarks with the prophetic statement, “We shall nobly save or meanly lose the last best hope of earth.”

If our elected representatives now occupying the seats of government will not protect us – as the Constitution directs – then we have no choice other than to replace them with new representatives who will.